Ancient Car Which Still Became Primdona and Many Wanted Collectors

FASTER86.COM - Ancient Car Which Still Became Primdona and Many Wanted Collectors Cars are a type of transportation that has existed since the 1900s, the car of old time only owned by the royalty and the kingdom in Europe. The history of Indonesian cars is due to the Dutch colonialists who entered Indonesia, the Dutch soldiers used the car to make their movements faster.

Along with the development of the era, now the car is mushrooming, like mushrooms, which where now stuck. On the main roads of every region, now many luxury cars are wandering around, this luxurious lifestyle that makes millionaires and billionaires own a luxury car.

But despite the many luxury cars, but the ancient car cars remain a prima donna of the collectors, they even spend billions of dollars in order to have the classic and ancient car.

The hunt for this old car is done in many countries in europe, why they choose european country, because in europe country, this old car car still many and still well maintained.

Starting from the car prince Monaco made in 1929, until the prince of the English prince became a hunt collectors.

Well curious as what, a car car that many hunted by these collectors, the following description of the car is much sought after collectors of the world:

This old Dutch-made car became the first hunter of the koletor, where this car has a very elegant form and design, and this paint paina make it look retro. This car in its heyday is a classy car, only nobles and kings have. 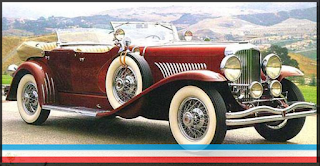 Retro car, has a charming color, making it a hunter collector. This car is so attached to the people of England, where this car in the 50s became the favorite of the nobles there.

Car andong, as this is a phrase that we often say if you meet this car. This car from England was popular in the 20s, but over time, this car is just how many in various countries. 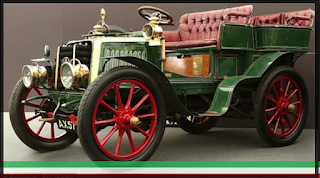 This is a French-made car in 1929, where this car was once worn by the prince of Monaco, and according to news, this car has been auctioned.

Well how autoindustrial faster86.com, seeing this old car car reminds us of the history of the first world war, where this car car is used by soldiers to mobilize. In addition, this classic and ancient car is perfect if we use for pre wedding and also wedding.

History will note, that this car car is a cool car and with a few who have, then this car will be more expensive and expensive, even the price will exceed the price of lamborghini.
Tag : OTOMOTIF